Your Brain On Social Media

A spike in podcasts around the topic of mental health and social media usage means it’s time to take a deeper look into how these platforms are affecting our minds.

At the time of writing, in the past week three podcasts have been launched – all centringaround the same topic: Social Media. The podcasts (two from Australia and one from England) have all highlighted the impact behind our scrolling addictions and the truth behind the pixels that are portrayed through our mobile phones 24/7. If three podcasts (and one book) about the dangers of social media are launched in the sameweek then maybe it’s time to take a deeper look into our phone habits and just how deeply they can influence our lives and more specifically, our mental health. 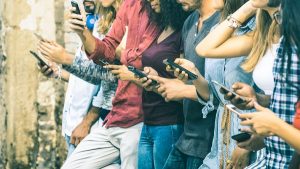 One of the podcasts that is highlighting this issue is ‘No Chill’, created by Pedestrian TV producer, Lucinda Price and freelance writer, Madison Griffiths. Writing for publications such as VICE, SBS, as well as being the online editor at Voiceworks, the young journalist’s work centres on gender, culture and identity. According to Madison, ‘No Chill’ aims to start a conversation “about how we use social media, as well as the angst and anxiety we’ve experienced as a result of it.” Interviewing some of the biggest online personalities in the country, the episodes so far have featured model and health advocate Steph Claire-Smith, radio and television presenter (as well as host of The Bachelor and Bachelorette series) Osher Gunsberg, and Instafamous comedian Kai Suteja. Madison and Lucinda who both live with mental illnesses themselves, talk candidly about the mental health issues that can arise in having an online presence and pull the curtain back on the social media stars. “Most of how Lucinda and I communicate with each other is online—be it through Messenger, iMessage or otherwise—and so ‘No Chill’ was our attempt to get inside the minds (and screens) of other creatives who live with mental illness, to see if their relationship with social media is synonymous with us.” Says Madison.

According to a report on social media and young people’s mental health and wellbeing by the Royal Society for Public Health, rates of anxiety and depression in young people have risen 70% in the past 25 years – it’s no coincidence considering the World Wide Web was invented 28 years ago. Social media has been described as moreaddictive than cigarettes and alcohol and 91% of 16 – 24 year-olds use the internet for social networking.

These figures are no surprise to Massimo Cimarelli, an anxiety disorder therapist based in Amsterdam who says, “The multi tasking is not for our brain: we can pay attention to one thing at a time and interrupting our focus to constantly check the phone produces the same physiological response of fatigue, but without the relief.” He says, “This process feeds the anxiety because it stresses our body into a vicious cycle where the more we are tired, the more we are anxious and the more we are anxious…the more we are tired.” This, coupled with the need to compare ourselves to people’s highly curated online presence and treat ‘likes’ on an image or your number of followers as valuable can all put pressure on your mental wellbeing. 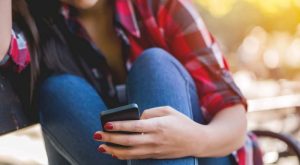 If anxiety disorders relating to social media have been increasing since the 1990’s then why is the issue being spoken (or podcasted) about so heavily now, in 2018? Madison says it comes down to accessibility, “For the first time, each generation has their own relationship with different online platforms. Facebook is for oldies now, apparently. Instagram is a breeding ground for creatives, politicians and pre-teens and Twitter is just as valid a place for commentary as a newspaper or a talk show.” Massimo also notes that since people are spending more time on these platforms than ever before we need to take their effects seriously. “Social Networks are social environments – considering them as ‘virtual’ and not real is a great mistake. The negative use of social media involves poor sleep quality, depression and negative self-esteem: all of these contribute to anxiety.”

It’s not all doom and gloom though – social media is a powerful tool to connect with people from all over the globe, stay up to date on issues, and bond with your social circle, all pretty positive advantages. Madison’s advice on dealing with negative feelings in the social media world is, “Don’t beat yourself up about curating a particular post, editing a selfie, or losing sleep over an Instagram caption. But be aware of it; and, for the sake of your sanity, perhaps think about confiding in somebody about it.”

Like many things in life, moderation is key and people need to take steps to ensure that they are getting the right “dosage” of social media in their lives. Some calls to action by the Royal Society for Public Health include introducing a “heavy usage warning on social media” pop-up feature, platforms highlighting when photos of people have been digitally manipulated and safe social media use to be taught during Personal, Social and Health Education (part of the national school curriculum in the U.K.). Massimo says, “It is very important to inform people, especially young people and parents, about the correct use of internet and social media, where also the stigma against disorders could be covered with the mask of the joke.”

Whether you’re a self-confessed Instagram addict or only log into your Facebook account once a month, it’s important to keep tabs on your mental wellbeing and really think about how the platforms are making you feel. Social media is a part of our social lives, entertainment and even work lives now, so finding ways to keep boundaries is important. “It’s a bit of a knee-jerk reaction to say, ‘but it’s only social media, it doesn’t matter’, says Madison, “but social media is where we live now. Of course it matters.”

Thanks fo the article to Jasmine Wallis – all rights reserved

Feel free to contact me
We use cookies on our website to give you the most relevant experience by remembering your preferences and repeat visits. By clicking “Accept All”, you consent to the use of ALL the cookies. However, you may visit "Cookie Settings" to provide a controlled consent.
Cookie SettingsAccept All
Manage consent

This website uses cookies to improve your experience while you navigate through the website. Out of these, the cookies that are categorized as necessary are stored on your browser as they are essential for the working of basic functionalities of the website. We also use third-party cookies that help us analyze and understand how you use this website. These cookies will be stored in your browser only with your consent. You also have the option to opt-out of these cookies. But opting out of some of these cookies may affect your browsing experience.
Necessary Always Enabled
Necessary cookies are absolutely essential for the website to function properly. These cookies ensure basic functionalities and security features of the website, anonymously.
Functional
Functional cookies help to perform certain functionalities like sharing the content of the website on social media platforms, collect feedbacks, and other third-party features.
Performance
Performance cookies are used to understand and analyze the key performance indexes of the website which helps in delivering a better user experience for the visitors.
Analytics
Analytical cookies are used to understand how visitors interact with the website. These cookies help provide information on metrics the number of visitors, bounce rate, traffic source, etc.
Advertisement
Advertisement cookies are used to provide visitors with relevant ads and marketing campaigns. These cookies track visitors across websites and collect information to provide customized ads.
Others
Other uncategorized cookies are those that are being analyzed and have not been classified into a category as yet.
SAVE & ACCEPT

Using the site you accept our cookies. more informations